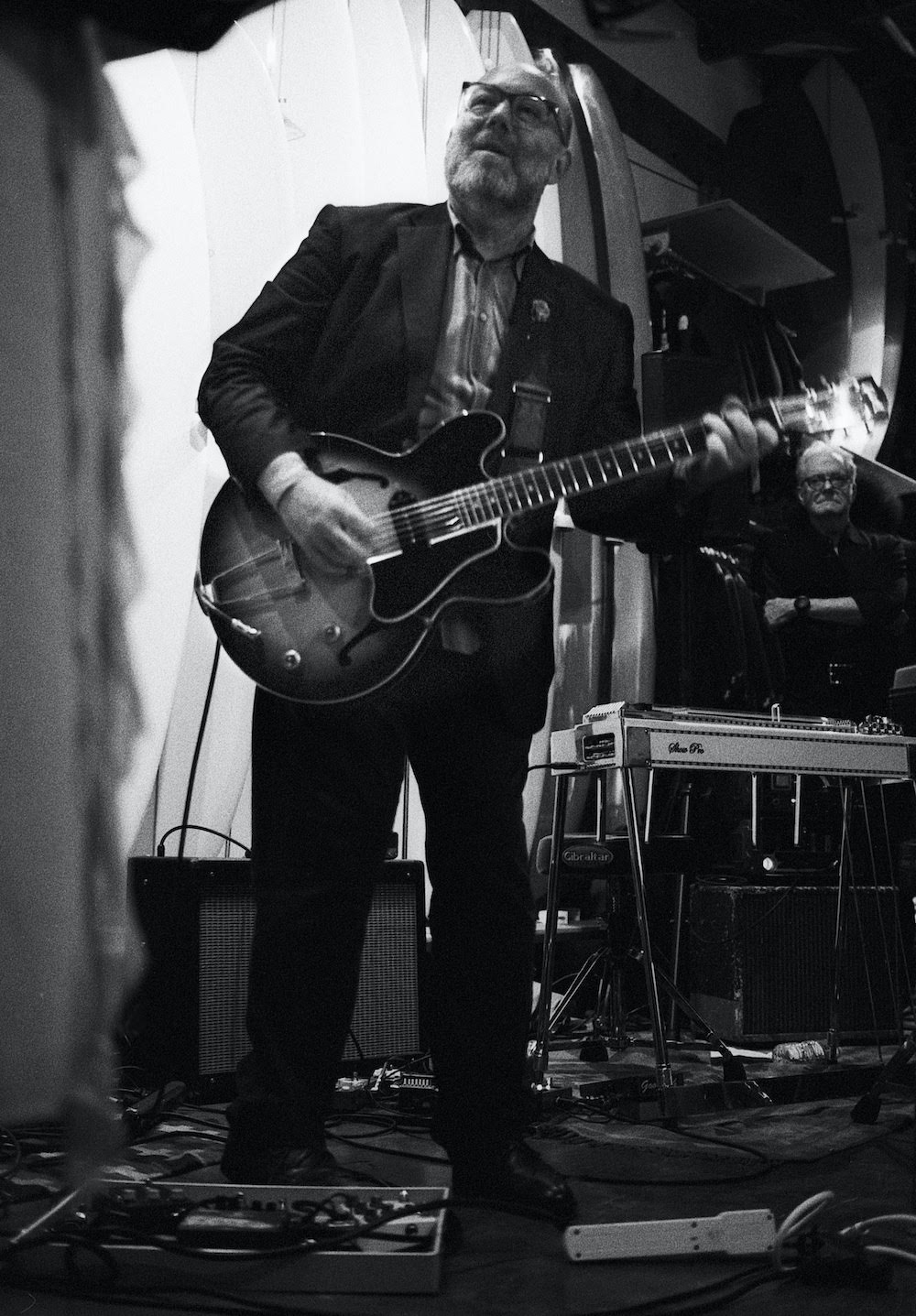 Guitar Accompaniment for Singers
Jazz Up Your Blues!

I’m a lucky man. That’s all there is to it,” says guitarist/songwriter Adam Levy. Whether Levy’s many gifts are the result of good fortune or hard work is tough to say. Safe bet it’s a combination of the two. What’s undeniable is that he has created a remarkable body of music over the past 30 years, and his talents continue to evolve today.

Chalking up an enviable career to luck is characteristic of the soft-spoken Levy, whose humility is echoed in his musical voice. Much as he chooses his words wisely, Adam is tactful and tasteful in his guitar playing, never stepping into a solo spotlight without something meaningful to add to a song. One great example is his guitar work on the Norah Jones hit “Come Away with Me.” Understated but memorable, Levy’s solo draws on elements of jazz and country to reflect perfectly the simple, earnest sentiment of the composition.

He met Jones in New York City, before the songstress had played her first real gig, and was recruited for the recording of Come Away with Me — her multi-platinum, multi-Grammy debut on Blue Note Records. He remained in Jones’ orbit for several years to come, recording two additional albums and three DVDs, and touring the world as a member of her Handsome Band.

Making music with Norah Jones was just one experience in a string of elite gigs for Levy. A few years prior he had met Tracy Chapman, who enlisted him to play on her mid-’90s masterpiece, New Beginning. Levy’s guitar earns the limelight in the bluesy “Give Me One Reason,” which won Best Rock Song at the 1997 Grammy Awards. More recently, he was worked with Ani DiFranco, Rosanne Cash, Jamestown Revival, and Allen Toussaint.

Beyond continuing his recording career as a sideman for celebrated artists, Levy has risen as a songwriter in his own right. His compositions have been recorded by Norah Jones, Glen Phillips (Toad the Wet Sprocket), Miles Zuniga (Fastball), and Amber Rubarth (rising indie artist). The full force of Adam Levy’s songwriting is in play on his six solo recordings, the latest being 2018’s lyrically driven Blueberry Blonde.

Levy is also a respected writer and educator, with the instructional courses Play the Right Stuff (book/DVD), 50 Low-Down Rhythms (DVD/online course), and Rhythm Makeover (DVD/online course) to his credit, as well as numerous articles for Guitar Player, Fretboard Journal, and other top guitar magazines. He has taught guitar and songwriting courses at colleges and universities as well, including NYU, USC, and Los Angeles College of Music.