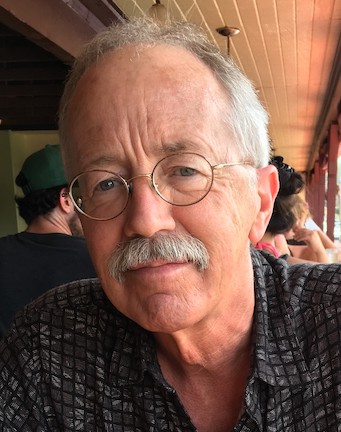 Barry Crannell is an award-winning guitarist/clawhammer banjoist that grew up on the folk/rock music of the 60’s, discovered Bluegrass, classical, and old-time music in the mid-70’s, and traditional Celtic music in the 80’s. He has been teaching guitar at PSGW for almost 20 years (with breaks for lunch), and CCMC as of recently. The songwriting grabbed hold in the late 90’s and took him to Kerrville where he was named a co-winner in the annual New Folk Songwriting Contest.

Barry, also an accomplished working musician, performer, and songwriter, has been performing since the early seventies with groups such as: In Cahoots and Wildgeese. He is currently in musical collaboration with Julianna Waters, calling themselves Heart and Hammer.