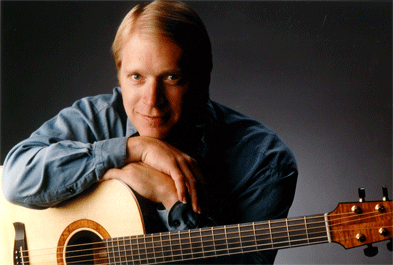 William Coulter's love of traditional melody is framed by a classical sense of composition and realized with an impeccable and sensitive guitar technique. William's well exercised craftsmanship and his unusual ability to direct the voices of the guitar as if they were a steel-string choir make the music come to life in his hands.

With his extensive discography and history of acclaimed performances, William Coulter continues to approach the music he makes on the guitar with an essential humility. He lets the music speak and sing for itself. He creates the impression that his music rises up from the curved wood and shining strings on its own spirited impulse, a song made by the wind rather than by frets and fingers.

As well as performing and recording, William works as a producer and recording engineer, and teaches guitar at the University of California, Santa Cruz. During the summer he teaches at a number of music camps including the National Guitar Summer Workshop, Alasdair Fraser's Valley of the Moon Scottish Fiddling School and the Puget Sound Guitar Workshop.