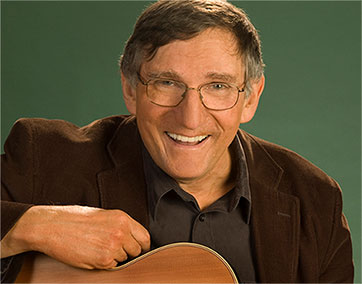 Bob Franke is brimming with songs -- some wise, others convincingly topical and several sugared with the hilarious. His songs are the kind that really do have the power to change the world when they are taken to heart. As Tom Paxton says of Bob, "It's his integrity. I always think of Bob as if Emerson and Thoreau had picked up acoustic guitars and gotten into songwriting. There's touches of Mark Twain and Buddy Holly in there, too." Bob has appeared in concert throughout the US, Canada and England for more than 35 years. He is also known for his transcendent songwriting workshops and his critically-acclaimed album releases.