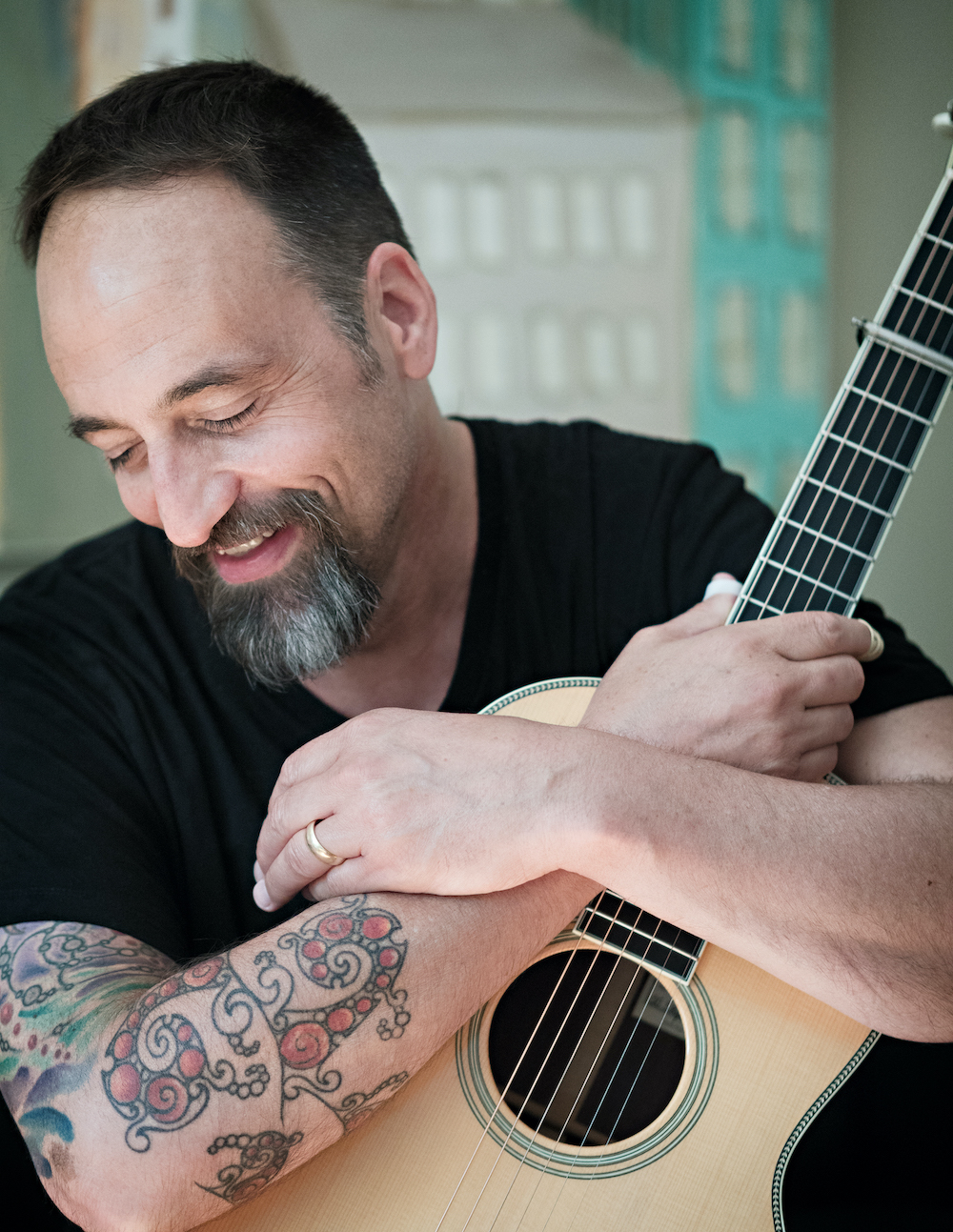 Most often billed as a jazz guitarist, Eric Skye actually occupies a unique niche, exploring areas between Americana, jazz, and blues, all threaded together with a healthy respect for groove and unadulterated acoustic tone. Skye’s release, A Different Kind Of Blue -a solo guitar re-imagining of the Miles Davis’ iconic Kind Of Blue- was acknowledged by the Davis family and named in Acoustic Guitar magazine’s top ten albums of 2012. His 2015 release, Artifact, with longtime Jackson Browne guitarist Mark Goldenberg, was also critically acclaimed. In an unexpected departure from past projects, Skye’s 2016 release, June Apple, is a collection of early American fiddle tunes arranged for mandolin and guitar. His most recent release is Ballads and Blues, a collection of jazz and blues standards and originals for solo guitar.

Eric Skye has toured all over the United States, and has performed on live television for NBC and FOX, has been featured on both National Public Radio, Public Radio International, performed and been interviewed on many live radio broadcasts in the United States and Europe. Skye has been featured in magazines such as Guitar Player, Fretboard Journal, Acoustic Guitar, Jazziz, Premier Guitar, Jazz Improv, 20th Century Guitar, Acoustic (UK), Akustik Gitarree (Germany), The Guitar Note, The Guitar Bench, and Acoustic Guitar magazine in China.