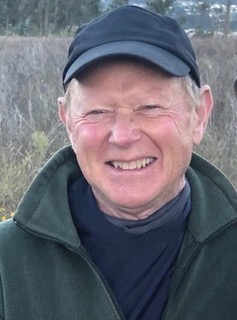 Geof Morgan was raised in New England and after college spent nine years in Nashville, Tennessee as a commercial songwriter, writing for artists like Barbara Mandrell and Ronnie Milsap, before moving to Bellingham in 1982.   He recorded four albums of original folk-country style songs between 1981 and 1988, with themes of social justice and changing roles of men.  He has continued to write and play music after he began working as a community organizer in 1993.  Musical influences include Bob Dylan, Doc Watson, Diana Krall, Towns Van Zant, Nina Gerber, and numerous local writers and musicians in the Northwest. A special highlight these days is getting together regularly with a songwriting group of dear friends.