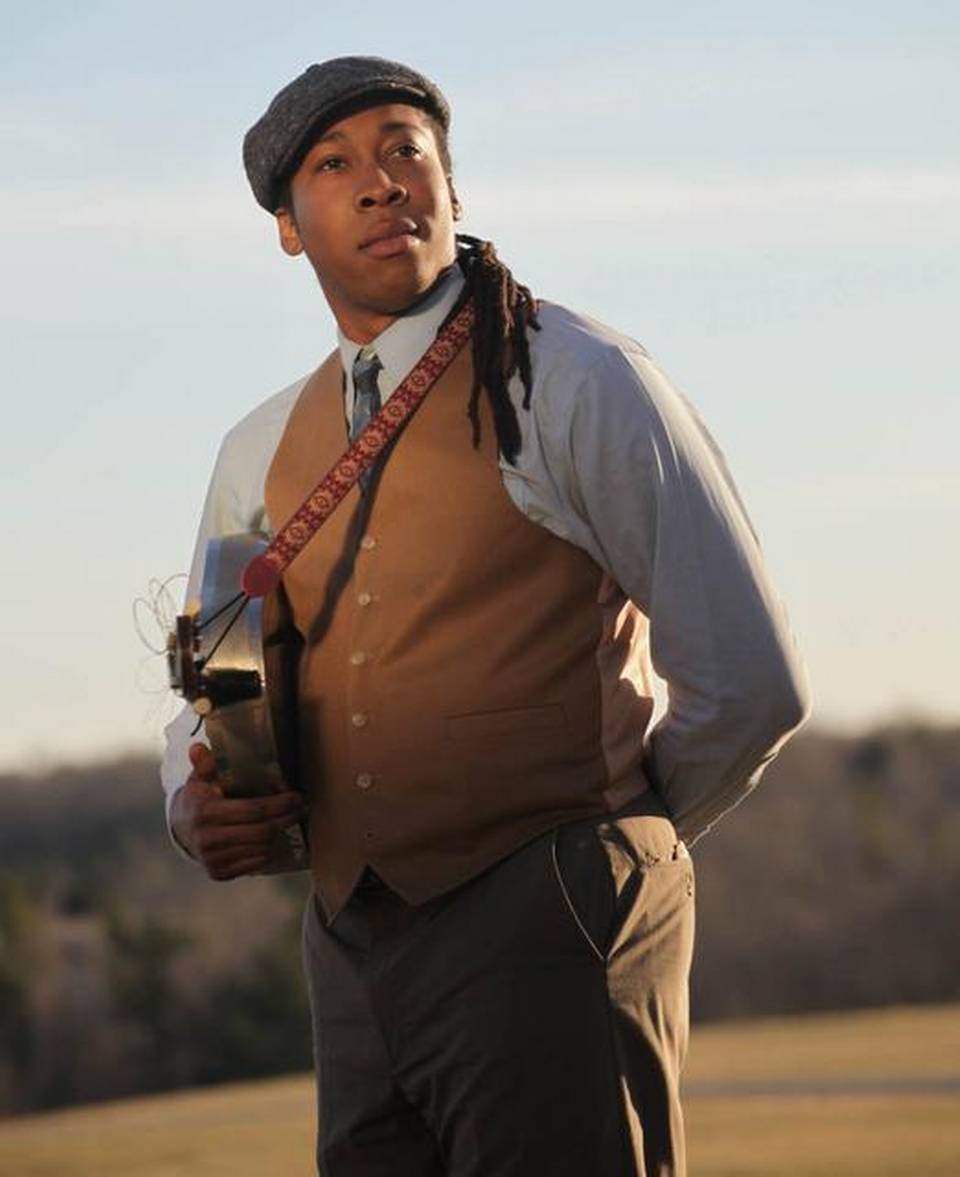 Spirituals and Gospel for Guitar
Slidin’ on the Frets

Hubby Jenkins is a talented multi-instrumentalist who endeavors to share his love and knowledge of old-time American music. Born and raised in Brooklyn he delved into his southern roots, following the thread of African American history that wove itself through country blues, ragtime, fiddle and banjo and traditional jazz. After years of busking around the country and making a name for himself, Hubby became an integral member of the grammy winning Carolina Chocolate drops and later Rhiannon Giddens band.Today he spreads his knowledge and love of oldtime American music through his dynamic solo performances.