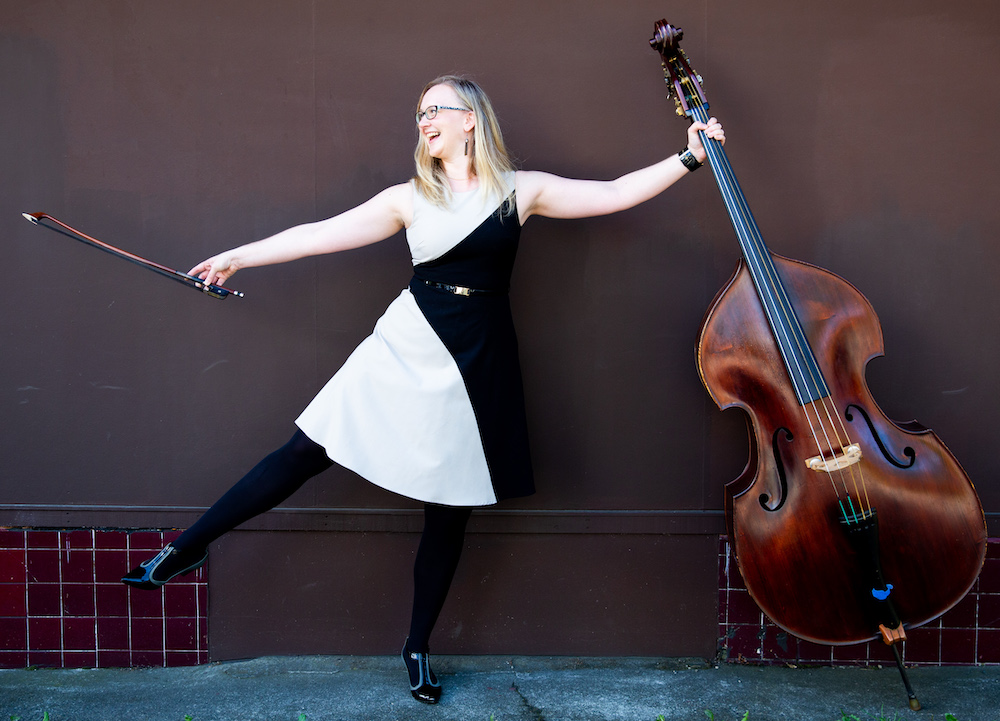 Busy PNW-bred/NYC-based bass player, vocalist, bandleader, and arranger Jen Hodge is a versatile musician who can be found playing with a wide variety of artists allover the world. Jen's playing is characterized by hard swinging grooves, an expressive and energetic playing style, and an evident, infectious love for making music. Her steadfast bass playing and consummate professionalism have taken her to stages all over Canada, the USA, China, Spain, France, the UK, Sweden, and the Caribbean. Jen's 2018 album, All's Fair in Love and Jazz, spent 8 weeks in the top 30 North American College & Community Radio jazz charts, during which time it was one of the highest charting self-released titles; peaked at #2 in the !earshot Canadian jazz charts; and broke the top 100 in the commercial JazzWeek charts.