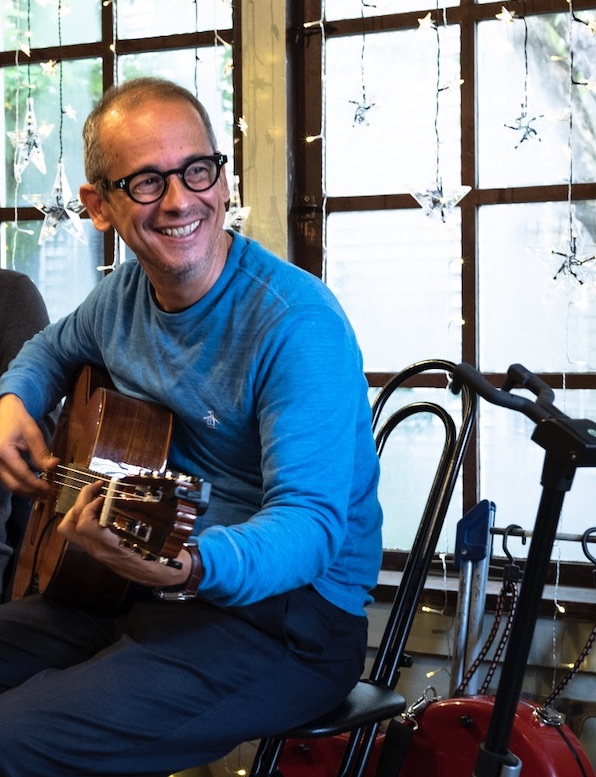 Marco is a Brazilian musician, originally from Rio de Janeiro. He graduated from the prestigious Music Conservatory of Rio de Janeiro under Juarez Carvalho and Sergio Vale. He studied composition and harmony under Luiz Eça and Ronaldo Miranda.

Marco has been a performance guitarist, composer and arranger for thirty years. He plays an extensive repertoire of music from Rio de Janeiro as well as his own compositions. Marco has played with many musicians in Brazil and the USA. He has recorded on numerous CDs and sound tracks also producing and arranging.