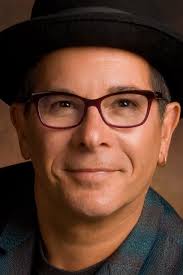 Harmony for Non-Believers
The Power of a Brave Voice

Mark is an award winning songwriter (Grand Prize-Portland Music Assoc. Songwriter's Contest) and was voted into The Oregon Music Hall Of Fame in 2001. His CD Shed My Skin was chosen by Performing Songwriter Magazine as on of the top independent releases of 1996. As a member of national acts Nu Shooz and Body & Soul, he toured the U.S. and played on The Pat Sajack Show and The NBC Today Show. He has taught singing nationally and internationally (his voice seminars are very popular in Brazil) for the past 23 years and his book 3 Steps To Singing With Confidence is due out in 2009.